It would seem we are on the verge of golf returning and as a result we have started the process of returning the course to its usual playing conditions. Mowing heights are lowering and mowing frequency is increasing on greens.

Fairways, semi-rough etc are being mown as required and the dry conditions are keeping growth to a minimum.

Soil temperatures are increasing quickly and there has been a lot of recovery on the driest parts of the greens. Keeping them moist has been an ongoing challenge and I’ve done a few experiments to see how much water needs to be applied to make a significant difference. 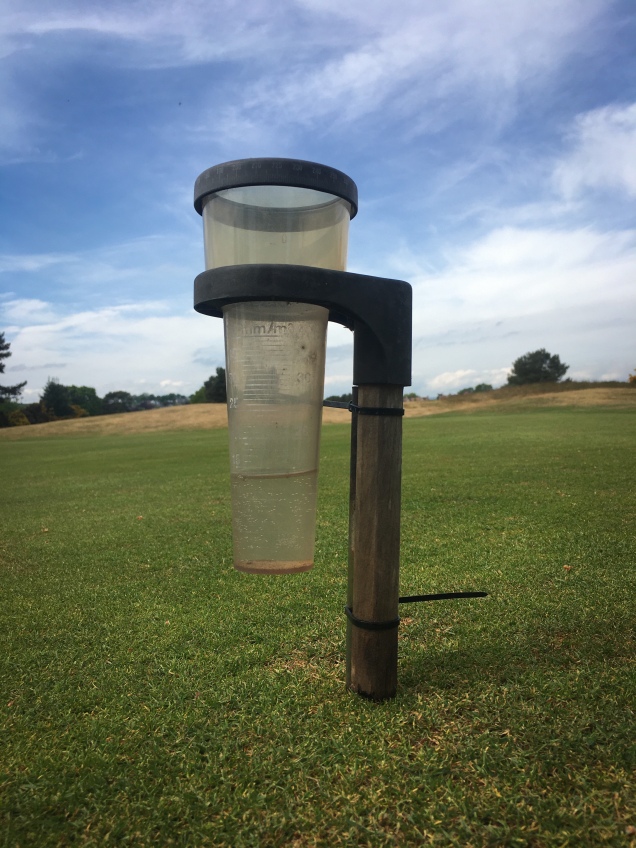 An old style rain gauge was set up to collect water from the hose and the moisture meter used to measure the differences. 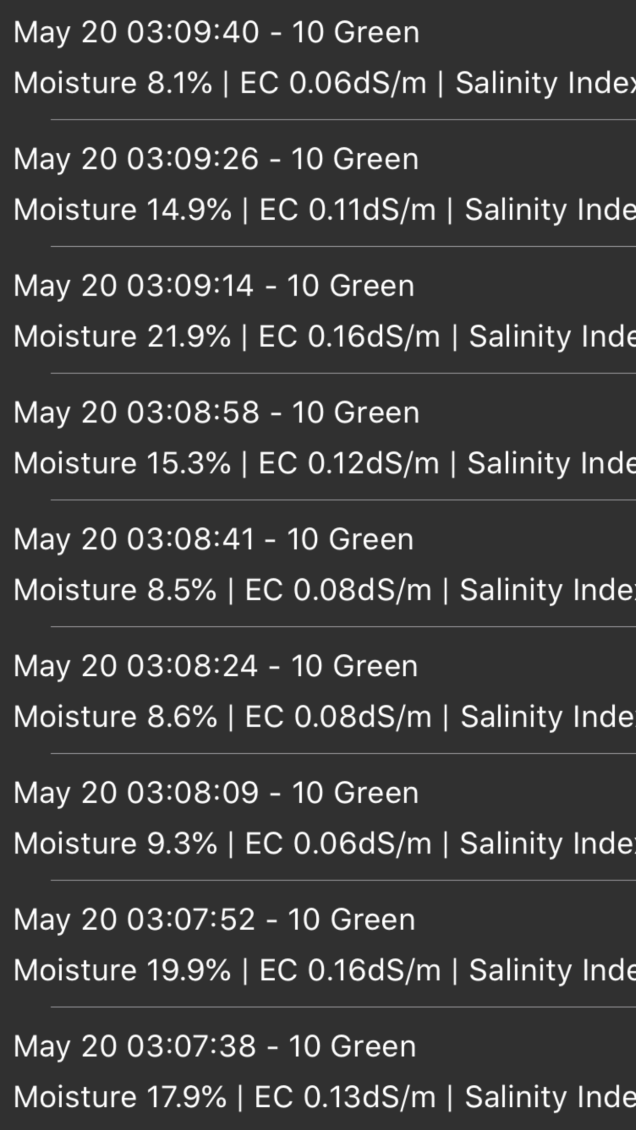 These readings were taken after an hour of hand-watering on the 10th green. The rain gauge collected water the equivalent of 13mm of rain. This increased soil moisture levels by around 8%, we aim for a target of around 20%. To give an idea, since the beginning of March we have had around 40mm of rain so it comes as no surprise that we are having to apply a lot of water. Recently almost half a week has been spent watering, that is quarter of the man hours we have available. As a result Calum and myself have worked 114 hours over just the last week. 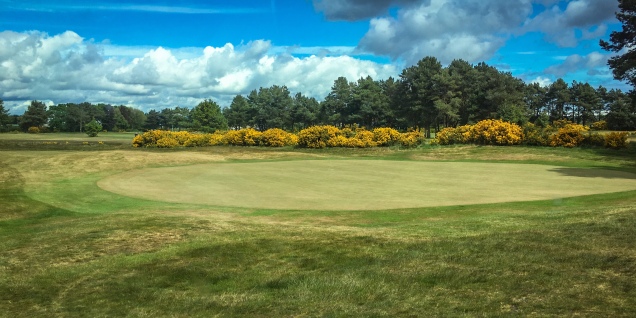 The greens received a light topdressing to cover the seeding work and hopefully seal in some moisture to help germination.

Calum has been regularly mowing greens as we gradually reduce the mowing height to smooth the surfaces and increase speed.

The greens have received the application of granular fertiliser, slightly ahead of how we planned but with the announcement of golf returning and a weather window we worked well into Thursday evening.

The organic fertiliser was put on manually by barrow (at 37.5g/m²) and watered in behind to help break up the granules. Fortunately for us there was 5.8mm of rain the same night which has worked out perfectly.

The rough mower has been mowing all fairways at 1″ to clean up the stalky growth prior to cylinder mowing. It has not been without its issues however as we had a hydraulic pipe come off not once but twice and scorch two fairways. This will gradually grow out over the next few months. 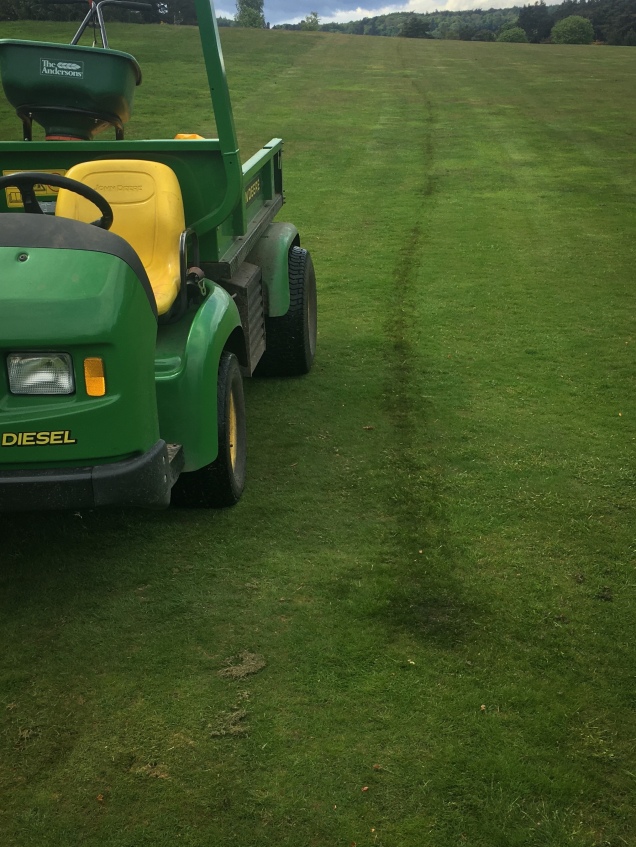 Obviously given our greenstaff of two we are having to make changes to how we operate in order to keep on top of things. Part of this includes reducing the area of mown rough for one. It simply is not realistic for two men to maintain the golf course like usual, hard enough at the moment but when golf returns it will become impossible so corners will have to be cut where suitable. The main focus will be on greens and it is likely that frequency of mowing will reduce slightly on other areas.

The more productive areas of fairway and semi-rough will be treated with growth regulator to reduce need for mowing. We are fortunate that bunkers will remain no play zones. Activities like spraying weeds, verti-cutting, brushing etc will likely cease entirely for the remainder of the season as there are just too many more demands on the available man hours. The following list will give some perspective on timescales for an average summer week:

That is a total of around 105hrs for an average summer week which doesn’t include rolling greens, bunker raking, divotting tees, emptying bins, aeration, topdressing, fertilising, equipment maintenance/repairs…

If the rain comes then we will save a lot of time in watering however it will be likely that mowing frequency will increase!

We would ask that the membership bear in mind that by the time golf resumes we will have had TWO staff maintaining the course for 9 weeks and this likely to continue until August.